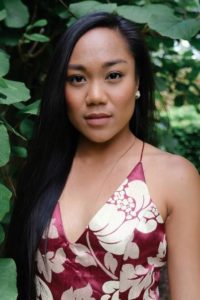 Rhea is from Dublin but also speaks fluent Tagalog as her family is from The Philippines.

Rhea is relatively new to the business, however, so far, she has just finished shooting a small role in Apple TV’s new series FOUNDATION and a couple of commercials.

She is a keen hip hop dancer and sings in a choir.

She is now ready to dive into the world of entertainment.