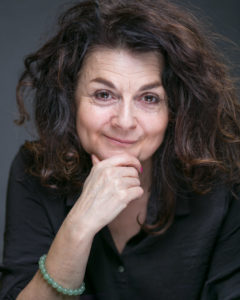 Pom Boyd is an award winning writer and performer

She has acted extensively in and written for theatre, film, TV and Radio.

Her hit music theatre show SHAME (Peacock at the Abbey Theatre 2018) was nominated for three Dublin Fringe Festival awards among them best performer for Pom.

In 2019 Pom played the role of Maggie in This Beautiful Village (Abbey Theatre).

In 2020 Pom reprised the role for the online version, This Beautiful Virtual Village.