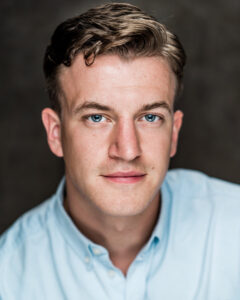 Nicholas is an actor, writer and creative based in South County Dublin.

His commercial work includes Centra supermarkets and Chadwick’s Hardware stores which were unaired due to restrictions surrounding the Covid-19 pandemic.

Nicholas completed his Bachelor’s in English and French at University College Dublin. Here, his creative writing was regularly featured in Literary Society publications and his screenplay Days Like This won the ‘UCD Script to Screen’ bursary.