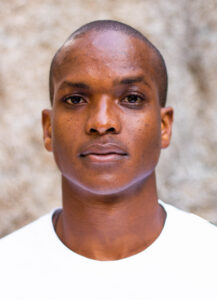 Emmanuel is a recent graduate of Trinity College Dublin, having completed a BA in Film Studies and English Literature in 2020. He began his acting path in 2017 with the part-time course in the Gaiety School of Acting.

His past stage credits include Alain in GOD of CARNAGE by Yasmina Reza in Trinity’s Samuel Beckett Theatre; Max in BENT by Martin Sherman; Clotaldo in LIFE IS A DREAM by Pedro Calderón de la Barca; and ‘A’ in US by Ultan Pringle.

He is a strong Tenor singer, and during his year studying abroad in UCLA, he played the role of Agwe in the musical ONCE ON THIS ISLAND. Also, in LA, he played Antinous in the original GALATEA by Jacob Menke.

Emmanuel has proven himself to be a fast learner and loves nothing more than bringing a well-written story to life.