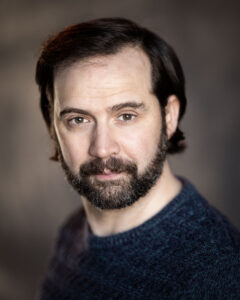 Colm is a graduate of the full time course in Bow Street and Drama Centre London, part of his course at Drama Centre involved a 2 month placement at the Vakhtangov Theatre Academy in Moscow.

Theatre credits Include: The Rivals (Smock Alley), the Premiere of ‘The Crown and the Red Cross’ (OPW), The Poor Little Boy With No Arms (One Duck), School For Wives (AC Productions), the Irish Premiere of Dennis Kelly’s Orphans (PlayLeft and Smashing Times), Tic (Focus Theatre) and Midsummer Night’s Dream (Mouth On Fire).

Colm is currently appearing in an ad for the Department of Justice Campaign Against Domestic Violence. Directed by Oscar winner Benjamin Cleary.

He also appeared in Vikings Season 2.