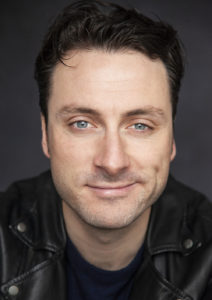 On screen, he has appeared in TV Series ‘Eipic’ and ‘Corp + Anam’, short films ‘Polaroid’, ’Summon Her Children’, ‘A Long Shot’, as well as web series ‘The Goo’.

When he’s not treading the boards he is also a photographer at www.ste.ie