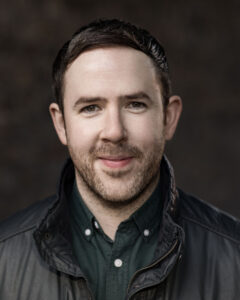 Shane is a graduate of the Advance Programme for Screen Acting at Bow Street and has a B.A. in Drama Performance from T.U. Dublin.
Screen credits include Ger Flynn in OUT OF INNOCENCE (Telegael), James in KISSING CANDICE (Venom Films), Pajo in FLOW (RTÉ) and Series Regular Patrick in Series 2 of SCÚP (BBC/TG4)
Theatre credits include BORSTAL BOY (The Gaiety Theatre), COPPER FACE JACKS: THE MUSICAL (The Olympia Theatre) and Site Specific Play ACROSS THE POND (Shiva Production’s – Angels In The Park) which he also wrote.
He will be taking part in the upcoming revival of the UK’s 24 Hour plays in partnership with the New York based 24 Hour Plays at The Lawrence Batley Theatre.