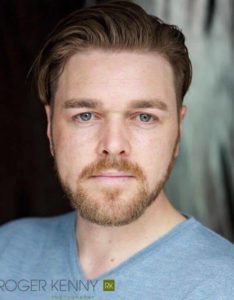 Paul’s most notable role was Lucky in WAITING FOR GODOT directed by Peter Reid which played The Arts Theatre in The West End. This production also toured Singapore and Hong Kong in 2018.

TV and film work include two episodes in RIPPER STREET 4, Feature film MAZE and independent film SUMMON HER CHILDREN. He has just finished shooting INTO THE BADLANDS 3 for ACM.

He has done stunt work on the History Channel show ‘Vikings’ as well as working as a stage combat choreographer on Ramblinman’s ‘True West’ (Smock Alley).