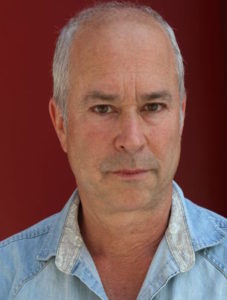 Mark began his performing career travelling Worldwide with a comic variety show working in over thirty countries in five languages.

As an actor he has appeared in over one hundred productions between the stage, film, television, voice-over, print and commercials, working between Los Angeles, New York, New Mexico and in Dublin for the past six years. Favourite roles and productions include award winning performances as Larry in “On the Bus”, sharing the stage with Danny Glover as Napoleon Bonaparte in “For the Love of Freedom”, playing Josh in “Sex and the City” and Ernie in the Peter Sheridan directed theatrical version of “The Shawshank Redemption”.

He currently lives in Dublin rearing his children and is shooting the feature film “Full Circle” directed by award winning filmmaker Noel Brady.
He  can be seen onscreen in “The Man Who Invented Christmas” and was recently seen in “Madhouse” at the smock alley theatre.