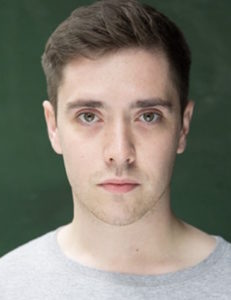 Conor is a Northern Irish graduate of The Oxford School of Drama. He now lives in London and has bases in both Dublin and Belfast (his hometown).

Previous to this,  he has appeared as Various Characters in AFFECTION with Outbox Theatre and as Man in WORLD MAD at the Soho Theatre.

Theatre roles whilst in training include, Sam in PARADOXY directed by Dan Coleman (Performed at the Pegasus Theatre and the Trafalgar Studios), John Buchanan in SUMMER AND SMOKE directed by Lisa Spirling and Lord Darlington in LADY WINDERMERE’S FAN directed by Cordelia Monsey.